Your monthly benefit is reported to the IRS as income, and you are responsible for paying any taxes. You will receive a Form 1099-R annually for tax reporting purposes. If you made contributions to your pension after-tax, such as with a service purchase, the non-taxable portion of your pension paid throughout the year will be reported on your 1099-R form in Box 5. You will complete an Income Tax Withholding form when you apply for retirement to indicate how much federal income tax you want withheld.

WRS mails 1099-R forms by January 31 of each year. Retirees who have not received their 1099-R form by the middle of February should call WRS to request a duplicate. If you've changed your address recently, update your address with WRS before mid-January to receive your 1099-R form by mail. You can change your address in the Online Pension Account or by completing a change of information form.

1099-R forms are also posted to your Online Pension Account in late January.

Many members receive only one 1099-R, but there are instances where multiple forms are generated:

When filing your taxes, you'll need to add the appropriate figures from separate 1099-R forms together.

Box 1 - Gross distribution
Benefits WRS paid to you in the tax year. 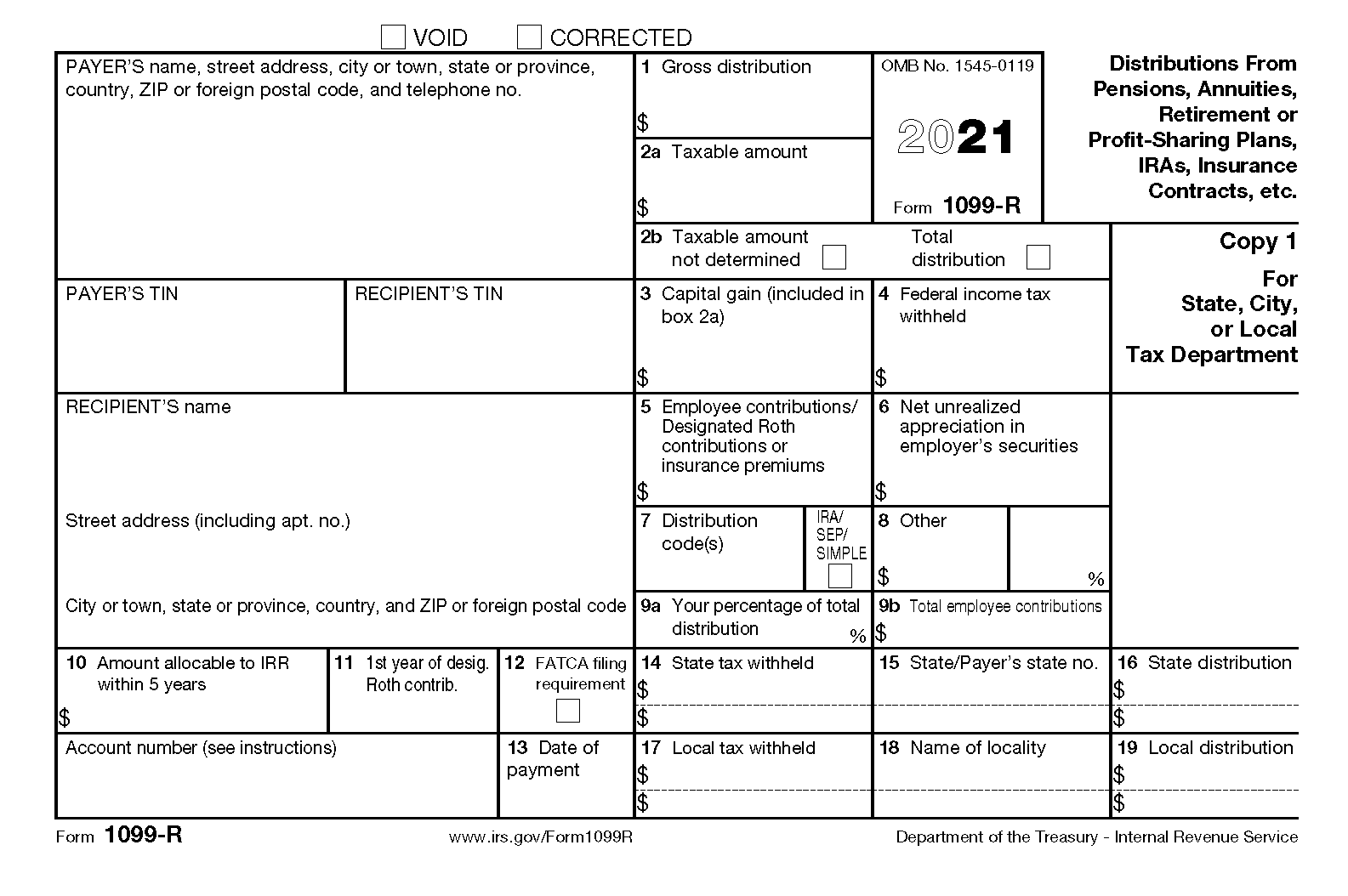 Access your 1099-R Form or change your tax withholding online.