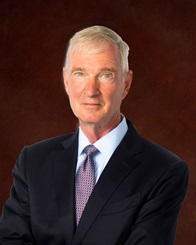 Paul O’Brien most recently was Deputy Chief Investment Officer at the Abu Dhabi Investment Authority, one of the world’s largest sovereign wealth funds. He helped lead both strategic and tactical asset allocation, portfolio construction, and research, as well as advising ADIA’s Investment Committee. He was also Head of Fixed Income Strategy. Previously Paul was a global fixed income portfolio manager at Morgan Stanley Investment Management in London and West Conshohocken, PA. He worked with institutional investors around the world with a focus on interest rates and currencies. Prior to that, he worked as an economist for Morgan Guaranty Trust Company in Paris and in London as Head of Morgan’s European economics team.

Paul started his career as Economist and then Section Chief at the Board of Governors of the Federal Reserve System in Washington, DC. He worked in the Division of Monetary Affairs and regularly briefed the Board on monetary policy issues and developments in financial markets. While at the Federal Reserve
he was seconded to the Bank for International Settlements in Basel, Switzerland, and the Organization for Economic Cooperation and Development in Paris.

Paul has a PhD in Economics from the University of Minnesota.
He attended the US Naval Academy and received his undergraduate degree from the Massachusetts Institute of Technology.