How to Find Fulfillment in Retirement

How to Find Fulfillment in Retirement

How To Find Fulfillment In Retirement
The philosophy of “more more more” is America in a nutshell. Most of the time it’s more money or more stuff. And that philosophy is riddled with irony. The idea of “more” is complicated because deep down we know money is not important. If it was, people would talk about it on their deathbed, but they don’t.

At its core, money is a tool, nothing more. But it doesn’t seem that way because that would be ignoring the concept of ego. And ego is a touchy subject for many people because nobody wants to be labeled as egotistical. Instead, we re-label wants as needs and material things as fulfilling to somehow justify our feelings.

To be clear, I am not judging or coming down on enjoying your material success or desires. By all means, you should! And I can’t judge because I deal with the same things. In fact, I struggle with this issue on a regular basis.

For example, I have a business that many would be envious of and yet, I think all the time about how I can grow it bigger and faster. Why? Is it my own innate healthy desire or due to external forces (society)? If I’m honest with myself, it’s mostly external. I know that, and yet the desire persists.

There is a great story that I want to share in its entirety that so clearly explains this disconnect. You may have heard it, but it’s so relevant, I had to share it.

The Banker and the Fisherman

An American investment banker was taking a much-needed vacation in a small coastal Mexican village when a small boat with just one fisherman docked. The boat had several large, fresh fish in it.

The investment banker was impressed by the quality of the fish and asked the Mexican how long it took to catch them.

The Mexican replied, “Only a little while.”

The banker then asked why he didn’t stay out longer and catch more fish?

The Mexican fisherman replied he had enough to support his family’s immediate needs.

The American then asked, “But what do you do with the rest of your time?”

The Mexican fisherman replied, “I sleep late, fish a little, play with my children, take siesta with my wife, stroll into the village each evening where I sip wine and play guitar with my amigos: I have a full and busy life, señor.”

The investment banker scoffed, “I am an Ivy League MBA, and I could help you. You could spend more time fishing and with the proceeds buy a bigger boat, and with the proceeds from the bigger boat, you could buy several boats until eventually, you would have a whole fleet of fishing boats. Instead of selling your catch to the middleman you could sell directly to the processor, eventually opening your own cannery. You could control the product, processing, and distribution.”

Then he added, “Of course, you would need to leave this small coastal fishing village and move to Mexico City where you would run your growing enterprise.”

The Mexican fisherman asked, “But señor, how long will this all take?”

“But what then?” asked the Mexican.

The American laughed and said, “That’s the best part. When the time is right you would announce an IPO and sell your company stock to the public and become very rich. You could make millions.”

“Millions, señor? Then what?”

To which the investment banker replied, “Then you would retire. You could move to a small coastal fishing village where you would sleep late, fish a little, play with your kids, take siesta with your wife, stroll to the village in the evenings where you could sip wine and play your guitar with your amigos.”

Everyone can understand the wisdom of this parable and yet we ignore it in practice. Myself included. Do you want what you want because you want it or because the world wants you to want it?

Here in America, where opportunity and wealth are abundant, I’ll guess that most of us don’t actually need more or even want more. We want what more represents. A higher social status.

We can argue that all we want, but at the end of the day, that is what our wants represent to a large degree. And it’s a slippery slope. Yet, no matter how much we attain, more rarely leads us to happiness. If this wasn’t true, there wouldn’t be miserable billionaires.

Imagine if you had more money than you could ever spend, what would more mean to you at that point? The goal of retirement for most people isn’t having the most stuff or passing along the largest inheritance. It’s finding fulfillment in your daily life.

Finding Fulfillment That is Unique to You

When is the last time you sat in a quiet place and thought about what you truly want out of your life? Or what a successful retirement actually looks like for you?

If you boil retirement down to what’s truly important to you, it probably takes less than what you’ve envisioned in your grandiose plan.

To be very clear, I’m not discouraging stuff, or travel or anything like that. By all means please buy/do those things if they add enjoyment to your life.

I am, however, encouraging getting in tune with yourself to identify what might make your retirement truly fulfilling. What might you do in life that would cause you to feel that you have led a life well-lived?

I’ll bet what leads to a feeling of a life well-lived are the quiet moments. Spending time with your children or grandchildren. Having dinner with friends. At the core, it’s time with those we love no matter the activity.

If there was one takeaway from this post, I hope it’s that you’ll take the time to find a quiet place to ask yourself those two questions:

What do you truly want out of your life?

What does a successful retirement look like for you?

You may find that you’re closer to your retirement goals than you initially expected and well on your way to a more fulfilling retirement. 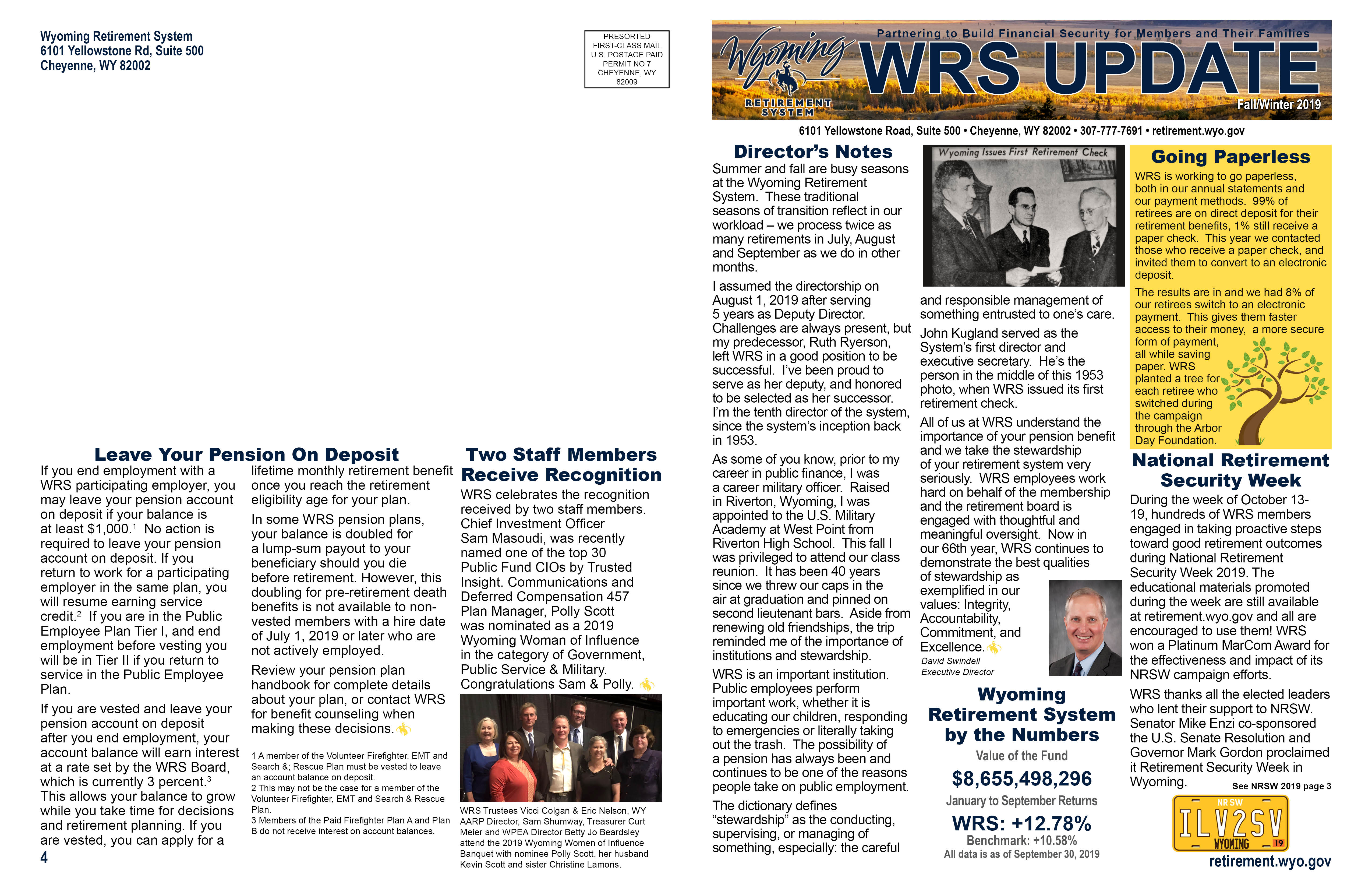 Wyoming Retirement System by the Numbers

Avoid Fraud: Tips to Protect Yourself & Your Money

Special Meeting of the WRS Board, Board & Committee

Your Pension is Safe

Your Pension Is Safe 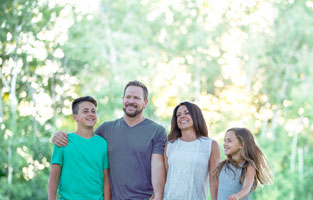 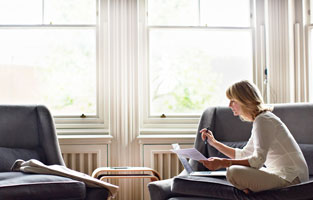 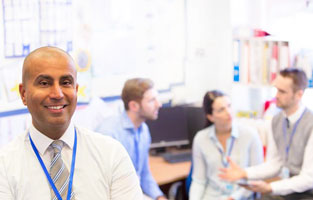