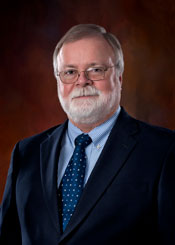 Keith N. Hay has 40 years of experience in finance. He was raised in Rock Springs and began working on the family ranch in high school. He attended the University of Wyoming, graduating in 1973 with a BS in Accounting. After starting his banking career at Rock Springs National Bank the summer of 1970 as teller and bookkeeper, he went to work at the bank full-time in February 1974. He went on to become a consumer lending officer and then Assistant Cashier. He became Vice-President and Cashier in February 1986, and was elected to the bank’s Board of Directors.

In March 1979, Keith married Lynn Menghini, and they have raised three sons.